Gurgling in the drain is never a good sign. Fortunately, the problem is typically easily repaired once the cause is determined.

The most common reason for gurgling in the drain is a localized drain clog. This means the drain has a developing clog in the drainline that feeds only the drain making the noise. For example, there could be a hair blockage in the bathroom sink drain or food stuck in the kitchen drain. At this point, the drain still empties, but the water is gurgling as it forces its way around the developing clog. The drain will eventually back up if the clog isn't cleared.

Sometimes the root cause is a more severe clog -- one in the main sewer line. In this case, you may hear gurgling from more than one drain in the house. The cause is similar to a localized drain clog. Water is making the noise as it drains around a developing clog. Gurgling can also be the result of sewer gases coming up the main line and into your home.

There are plumbing vents on the roof of your home, which are designed to maintain a balance of air in the pipes so that the drains can flow as they should. If a vent becomes blocked by debris, such as a damaged vent cap or a nesting bird, the lack of air slows drainage and gurgling sounds can be the result. Repairing or cleaning out the vent will solve the issue.

Although less common, sometimes a gurgling noise is actually the result of a leaking pipe. The gurgle isn't the sound of water trying to get around an obstruction but of it forcing its way out of a hole or crack in the pipe. You may be able to spot a leak easily if it is right under the sink, but it may not be as obvious if the leak is hidden in the wall.

The P-trap is the curved pipe under a drain. Its job is to hold a small amount of water, which acts as a barrier to prevent sewer gas from coming up the drain pipes in your home. P-traps can go dry if a sink isn't used regularly, such as in the guest bathroom. When this happens, you may hear gurgling in the drain as the gas makes its way through the trap. Running the tap moistens the P-trap and solves the issue.

Contact a plumber immediately if you have a drain that is making a gurgling sound. 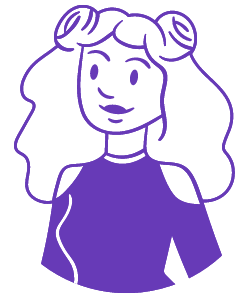 If you have never experienced a washing machine leak before, finding water on the floor around your washer can be troubling and confusing. However, washing machines are one of those appliances that rely on proper water flow as well as proper drainage, and when there's a problem anywhere in that system, it can lead to leaks and water damage in your house. Whether you're experiencing this problem right now or just want to understand the basics of it, you're in the right place. We have dealt with our share of washer leaks, so we created this site to help you recognize the potential causes of the problem as well as the best solutions.